Rhinoplasty is the surgery which esthetically corrects nasal malformations. Of all the esthetic surgeries performed, rhinoplasty is certainly and by far the surgery which calls for the best sculpting skills a plastic surgeon can have. This operation is performed through natural routes, that is through the nostrils without any visible external incision. Although there has lately been, in some social circles, a craze for so called “open” surgery we, personally, belong to a school of thought where it is believed that, with a good knowledge of anatomy, but especially of the role played by the forming and supporting structures of the nose as well as of the bony, cartilaginous , ligamentary, fatty and mucus membranes structures and of the relation between one another, nasal surgery can be performed through the nostrils without any drawbacks, but especially without incurring any risk. Numerous are the esthetical reasons for which rhinoplasty may be considered: be it a distorted or displaced glabella, an excessive nasal pyramid which stands out against the rest of the nose, an excessively eminent lump, an exaggeratedly massive, bifid, ball shaped or prickly nasal point, excessively large, flat, or on the contrary, too pursed (pinched) nasal wings, everything can be corrected either separately or as a group.

All noses are different

The nose is an important facial element for a person. To correct one person’s deformity in a certain way is not suitable for another person’s deformity. That is to say that there is not one type of nose which suits all faces and this is where the surgeon’s genius and artistic talent come in. The nose cannot be considered as a completely autonomous unit without taking into account its surrounding features. A certain shape of nose may be agreeable or suitable for a person, but it will not be the case for another one. Discernment and subtleties with which nasal corrections must be contemplated are as important to a plastic surgeon as general architectural environment or urbanistic planning is to the architect when contemplating what shape and form an edifice of his creation will take. Therefore, the plastic surgeon should be able to advise his patient against an operation if he finds that this operation is not the solution to the problem. Should the case arise, he should as well be able to suggest a complementary correction to rhinoplasty such as adding to the rim of a lip, moving the chin forward or backward, correcting asymmetrical jaws and so on.

During and after the surgery

THE CONSULTATION must allow the client to explain the problem for which he sought a consultation and allow the surgeon to explain to him the way he contemplates doing the correction. THE OPERATION will be done under local or general anesthesia. It is not recommended that a nervous or impatient person be operated under local anesthesia, and in such a case general anesthesia is given, thus avoiding useless stress and discomfort.

THE POSTOPERATION PROCEDURES are relatively simple. We, personally, neither insert Vaseline coated packs in the nose for the first few days following surgery nor do we use a plaster cast in order to stabilize the tissues in the desired position, but rather apply a small Thermobile plastic splint for a week; this allows the patient to socialize more on account of the splint’s small size (the splint covers partially the nose) and because of its discreteness (the color being the same as that of the facial skin). POSTOPERATIVE VISITS generally take place a week, a month, three months and six months after the operation. Afterwards the patient is seen once a year for a few years when possible. POSTOPERATIVE SEQUELS are simple. Following the oedema of the first week comes a period of swelling which will slowly be resorbed in usually six months, although it may take longer.

it sometimes happens that the surgeon has to correct a respiratory problem at the same time that rhinoplasty is done. The problem may be due to one of the three following conditions:

> a septal deviation (deviation of the nasal partition),
> hypertrophy of the turbinated bones, especially the lower ones,
> one’s own pinched or pursed nostrils (the valve abnormality).

All above mentioned abnormalities are corrected while rhinoplasty is performed. 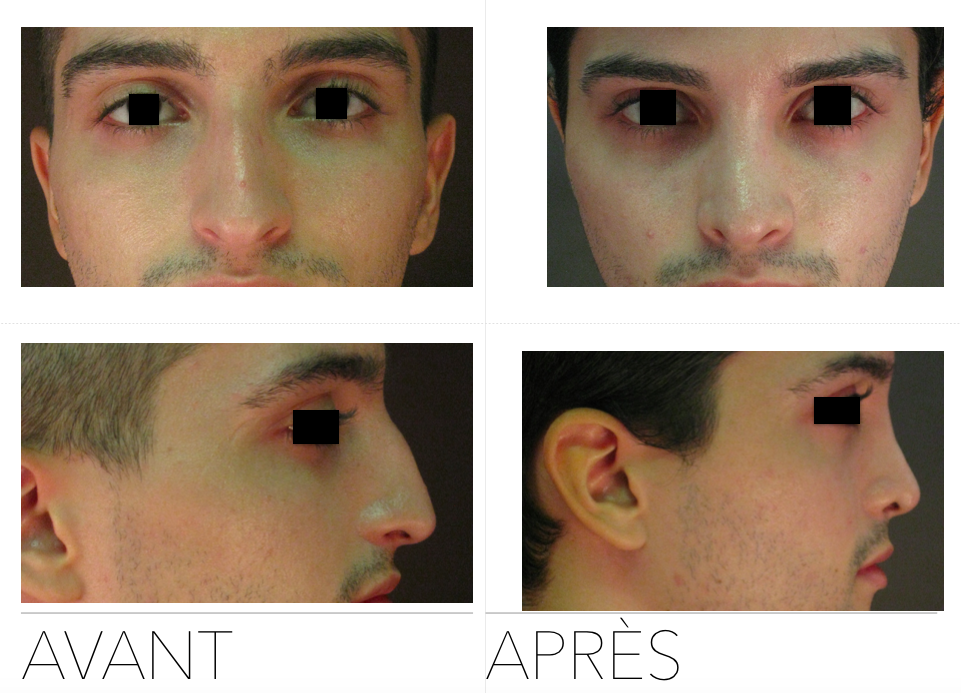 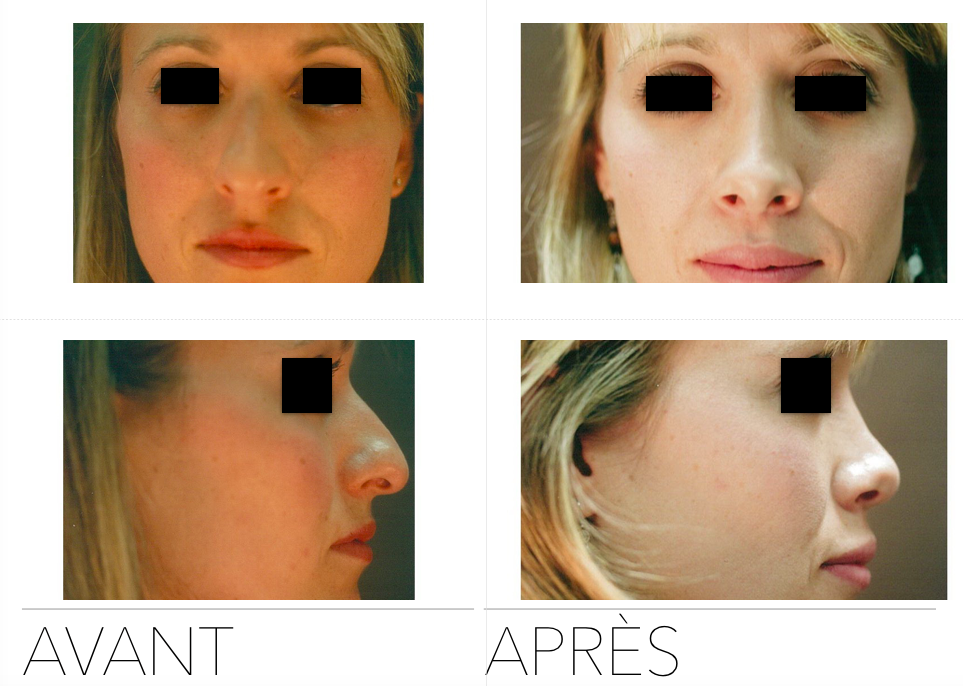 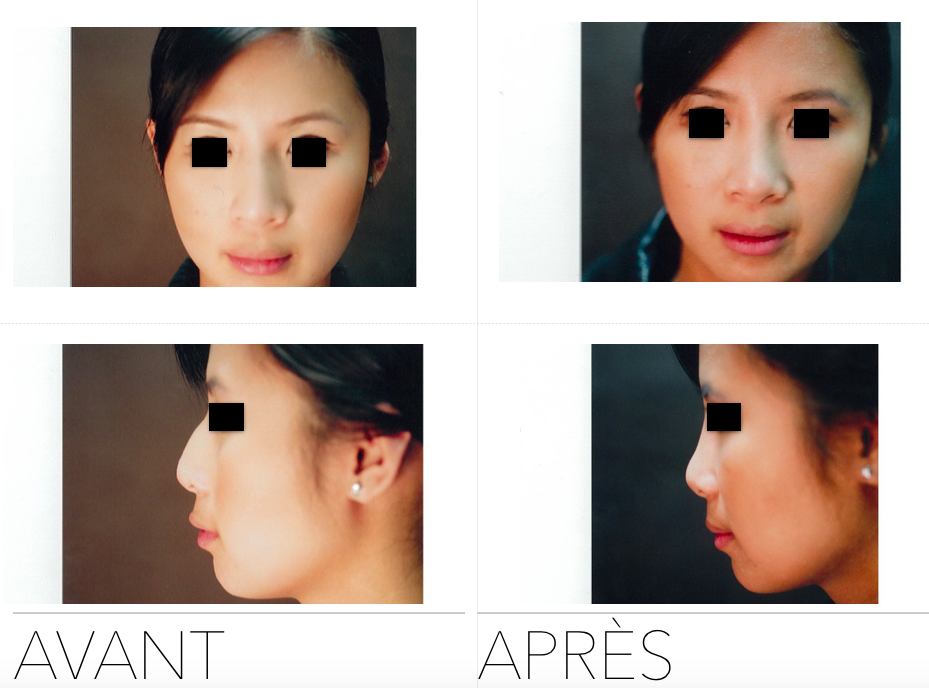 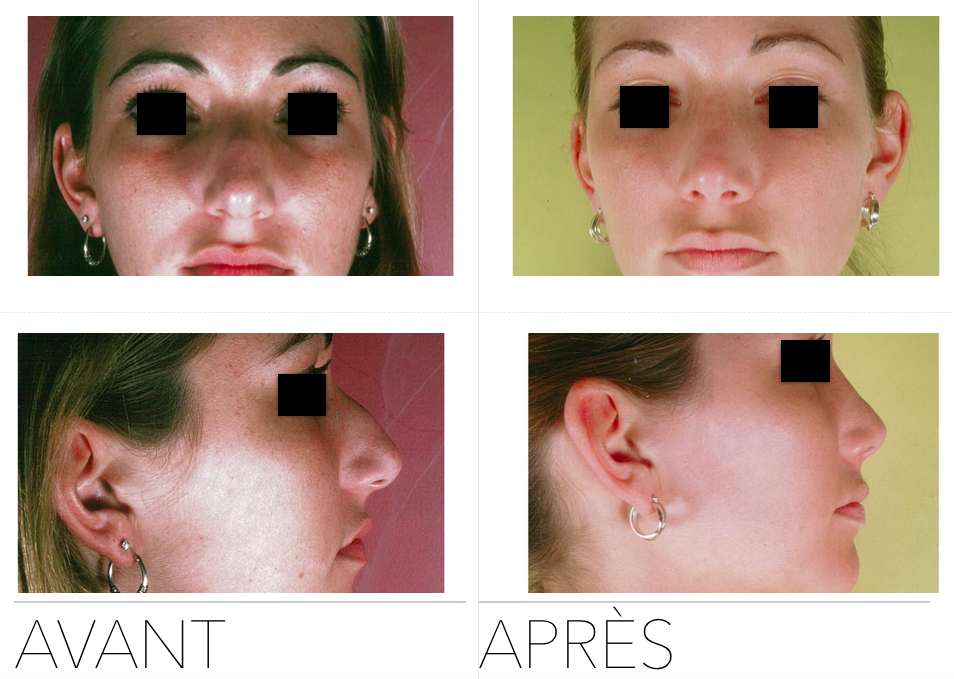 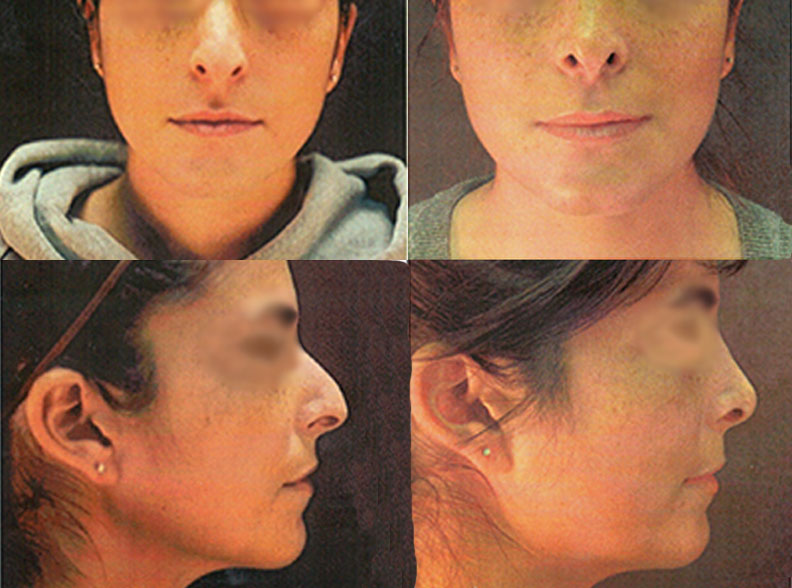